A Symfony project made with DDD, CQRS and Hexagonal Architecture

A Symfony blog project made with CQRS, Hexagonal Architecture and DDD

This project has been created using the Symfony Docker repository.

This projects use the LexikJWTAuthenticationBundle to provide JWT authentication so you need to:

This is an API project with authentication based in JWT token.

You can first register your user and then make a login request to get the JWT token. Then you can do the authenticated requests including this token in an Authorization header with Bearer format.

I have started from the symfony-ddd-cqrs-hexagonal-skeleton project (also implemented by myself) as a base that already provides me with some functions that I need, such as CQRS with Symfony Messenger, exception handling, serialization, validation.... .

I use named constructors in some classes to prevent Symfony include them as services and due to semantic reasons.

I use adr pattern in Controllers to preserve the Single Responsability principle in them.

Why only API is implemented? I think web side should not be in the same project. It's better to separate backend and frontend into two different projects. For now I'm not interested in frontend so this project is gonna be only Api.

Why Controller is creating the identifiers? Follow CQRS standard implies return no result in commands, but it's necessary return domain objects id's as the response in POST creation requests. So, I think is acceptable create a not-domain identifier in the controller, and let the command turn it into an appropiate Domain Id.

Why update methods are empty in ORM repositories? A repository should differentiate between creating and updating, regardless of the specific implementation (ORM, ODM, Api, Redis Client...). In the case of Doctrine, no action is required to update an entity, because it is already done when the flush method is called by the DoctrineTransactionMiddleware. However, I want to keep the update action in the repository, so if in the future it has to be changed to something else that doesn't work with Doctrine (API repository, for example), update calls are already done.

Why are you including a trailing slash in all your routes? The standard is to remove the trailing slash of all routes but recently I have experimented problems in other projects with Safari and the solution was add this trailing slash in my routes to evade Symfony redirection. This is fixed in last Safari updates but I am currently adding this slash to prevents old Safari clients can't request correctly.

Why are you using specification pattern with plain values? Standard Specification pattern uses the Domain entity (DE) to validate invariants, however, this is impossible to apply to validate DE invariants because I am following the Always-valid domain model and I can't pass an invalid DE to the specification. I could simply use if sentences in the DE, but I need to do the same validations as input validations in the Application Layer, so... I decided to use a little different Specifications to validate plain values. Also, I added a validation context (only used in Application Layer) to return valid error messages to the Presentation Layer.

A DDD microservice did in laravel, to test infrastructure

A DDD microservice did in laravel, to test infrastructure

what is this repo about Clean Architect Laravel ###run we assume docker desktop is up and running open up a terminal cd project directory run "cp .env

Detect flaws in your architecture, before they drag you down into the depths of dependency hell ...

Detect flaws in your architecture before they drag you down into the depths of dependency hell ... What it does System Requirements Installation Phive

CaraCracha - a captive portal project made for ISPs on my old city, Sobradinho, state of Bahia, Brazil. I found its code recently and hope it could be useful for someone. 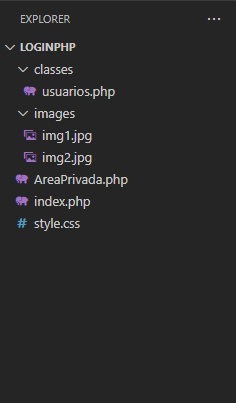 A project of a Login screen made in PHP/CSS3/HTML5/JS with MySQL database integration. And animations made with CSS3 and JavaScript itself! 😊 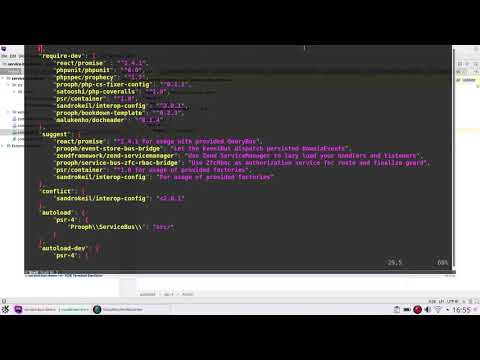