Mockery is a simple yet flexible PHP mock object framework for use in unit testing with PHPUnit, PHPSpec or any other testing framework. Its core goal is to offer a test double framework with a succinct API capable of clearly defining all possible object operations and interactions using a human readable Domain Specific Language (DSL).

Mockery is a simple yet flexible PHP mock object framework for use in unit testing with PHPUnit, PHPSpec or any other testing framework. Its core goal is to offer a test double framework with a succinct API capable of clearly defining all possible object operations and interactions using a human readable Domain Specific Language (DSL). Designed as a drop in alternative to PHPUnit's phpunit-mock-objects library, Mockery is easy to integrate with PHPUnit and can operate alongside phpunit-mock-objects without the World ending.

Mockery is released under a New BSD License.

To install Mockery, run the command below and you will get the latest version

The current version can be seen at docs.mockery.io.

Test doubles (often called mocks) simulate the behaviour of real objects. They are commonly utilised to offer test isolation, to stand in for objects which do not yet exist, or to allow for the exploratory design of class APIs without requiring actual implementation up front.

The benefits of a test double framework are to allow for the flexible generation and configuration of test doubles. They allow the setting of expected method calls and/or return values using a flexible API which is capable of capturing every possible real object behaviour in way that is stated as close as possible to a natural language description. Use the Mockery::mock method to create a test double.

If you need Mockery to create a test double to satisfy a particular type hint, you can pass the type to the mock method.

A detailed explanation of creating and working with test doubles is given in the documentation, Creating test doubles section.

A method stub is a mechanism for having your test double return canned responses to certain method calls. With stubs, you don't care how many times, if at all, the method is called. Stubs are used to provide indirect input to the system under test.

If you have used Mockery before, you might see something new in the example above — we created a method stub using allows, instead of the "old" shouldReceive syntax. This is a new feature of Mockery v1, but fear not, the trusty ol' shouldReceive is still here.

For new users of Mockery, the above example can also be written as:

If your stub doesn't require specific arguments, you can also use this shortcut for setting up multiple calls at once:

You can also use this shortcut, which creates a double and sets up some stubs in one call:

During the test, Mockery accept calls to the add method as prescribed. After you have finished exercising the system under test, you need to tell Mockery to check that the method was called as expected, using the Mockery::close method. One way to do that is to add it to your tearDown method in PHPUnit.

The expects() method automatically sets up an expectation that the method call (and matching parameters) is called once and once only. You can choose to change this if you are expecting more calls.

If you have used Mockery before, you might see something new in the example above — we created a method expectation using expects, instead of the "old" shouldReceive syntax. This is a new feature of Mockery v1, but same as with accepts in the previous section, it can be written in the "old" style.

For new users of Mockery, the above example can also be written as:

A detailed explanation of declaring expectations on method calls, please read the documentation, the Expectation declarations section. After that, you can also learn about the new allows and expects methods in the Alternative shouldReceive syntax section.

It is worth mentioning that one way of setting up expectations is no better or worse than the other. Under the hood, allows and expects are doing the same thing as shouldReceive, at times in "less words", and as such it comes to a personal preference of the programmer which way to use.

By default, all test doubles created with the Mockery::mock method will only accept calls that they have been configured to allow or expect (or in other words, calls that they shouldReceive). Sometimes we don't necessarily care about all of the calls that are going to be made to an object. To facilitate this, we can tell Mockery to ignore any calls it has not been told to expect or allow. To do so, we can tell a test double shouldIgnoreMissing, or we can create the double using the Mocker::spy shortcut.

Further to this, sometimes we want to have the object accept any call during the test execution and then verify the calls afterwards. For these purposes, we need our test double to act as a Spy. All mockery test doubles record the calls that are made to them for verification afterwards by default:

Please refer to the Spies section of the documentation to learn more about the spies.

Mockery ships with a handful of global helper methods, you just need to ask Mockery to declare them.

All of the global helpers are wrapped in a !function_exists call to avoid conflicts. So if you already have a global function called spy, Mockery will silently skip the declaring its own spy function.

As Mockery ships with code generation capabilities, it was trivial to add functionality allowing users to create objects on the fly that use particular traits. Any abstract methods defined by the trait will be created and can have expectations or stubs configured like normal Test Doubles.

The Mockery team attempts to adhere to Semantic Versioning, however, some of Mockery's internals are considered private and will be open to change at any time. Just because a class isn't final, or a method isn't marked private, does not mean it constitutes part of the API we guarantee under the versioning scheme.

Mockery 1.3 was the last version to support HHVM 3 and PHP 5. There is no support for HHVM 4+.

A new home for Mockery

️ Update your remotes! Mockery has transferred to a new location. While it was once at padraic/mockery, it is now at mockery/mockery. While your existing repositories will redirect transparently for any operations, take some time to transition to the new URL.

Replace upstream with the name of the remote you use locally; upstream is commonly used but you may be using something else. Run git remote -v to see what you're actually using.

Mockery is a simple yet flexible PHP mock object framework for use in unit testing with PHPUnit, PHPSpec or any other testing framework.

Mock implementation of the Translation package, for testing with PHPUnit

Provides generic data providers for use with phpunit/phpunit.

A sample RESTful API in Laravel with PHPunit test.

PHP unit testing framework with built in mocks and stubs. Runs in the browser, or via the command line.

Enhance PHP A unit testing framework with mocks and stubs. Built for PHP, in PHP! Quick Start: Just add EnhanceTestFramework.php and you are ready to

The most powerful and flexible mocking framework for PHPUnit / Codeception.

AspectMock AspectMock is not an ordinary PHP mocking framework. With the power of Aspect Oriented programming and the awesome Go-AOP library, AspectMo

Magic Test allows you to write browser tests by simply clicking around on the application being tested, all without the slowness of constantly restarting the testing environment.

Magic Test for Laravel Magic Test allows you to write browser tests by simply clicking around on the application being tested, all without the slownes 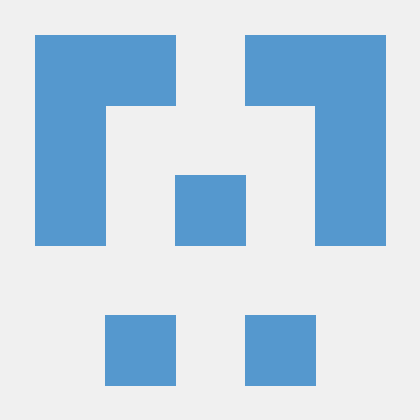 Unit testing tips by examples in PHP Introduction In these times, the benefits of writing unit tests are huge. I think that most of the recently start

KivaNote - a Laravel TDD Sample Project Let me introduce you to KivaNote, a simple real-world application using Laravel to show you how the TDD & Unit

Steward: easy and robust testing with Selenium WebDriver + PHPUnit Steward is a set of libraries made to simplify writing and running robust functiona

ParaTest The objective of ParaTest is to support parallel testing in PHPUnit. Provided you have well-written PHPUnit tests, you can drop paratest in y 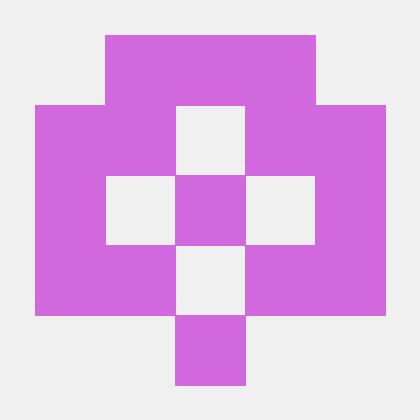 This extension is no longer maintained DbUnit PHPUnit extension for database interaction testing. Installation Composer If you use Composer to manage