An asynchronous coroutine kernel for PHP 7.

What does that mean? Let's jump right in with an example that resolves multiple domain names concurrently.

This code resolves three domain names to their IP address and prints the results to the terminal. You can try the example yourself by running the following command in the root of the repository:

Run it a few times. You'll notice that the output is not always in the same order. This is because the requests are made concurrently and the results are shown as soon as they are received from the DNS server.

Note that there is no callback-passing, and that regular PHP exceptions are used for reporting errors. This is what we mean by "familiar imperative syntax".

Coroutines are essentially functions that can be suspended and resumed while maintaining their state. This is useful in asynchronous applications, as the coroutine can suspend while waiting for some task to complete or information to arrive, and the CPU is free to perform other tasks.

PHP generators provide the language-level support for functions that can suspend and resume, and Recoil provides the glue that lets us use these features to perform asynchronous operations.

A Recoil application is started by executing an "entry-point" generator, a little like the main() function in the C programming language. The Recoil kernel inspects the values yielded by the generator and identifies an operation to perform. For example, yielding a float with value 30 causes the coroutine to suspend execution for 30 seconds.

The DNS example above shows a rather more advanced usage, including concurrent execution and integration with asynchronous code that is not part of Recoil. The resulting code, however, is quite normal looking, except for the yield statements!

Within Recoil, the term coroutine specifically refers to a PHP generator that is being executed by the Recoil kernel. It's no mistake that generators can be used in this way. Nikita Popov (who is responsible for the original generator implementation in PHP) published an excellent article explaining generator-based coroutines. The article even includes an example implementation of a coroutine scheduler, though it takes a somewhat different approach.

A Strand is Recoil's equivalent to your operating system's threads. Each strand has its own call-stack and may be suspended, resumed, joined and terminated without affecting other strands. The elements on the call-stack are not regular functions, but are instead coroutines.

Unlike threads, execution of a strand can only suspend or resume when a coroutine specifically requests to do so, hence the term cooperative multitasking.

Strands are very light-weight and are sometimes known as green threads, or (perhaps less correctly) as fibers.

Recoil's concept of the strand is defined by the Strand interface.

An Dispatchable Value is any value that Recoil recognises when yielded by a coroutine. For example, yielding another generator pushes that generator onto the current strand's call-stack and invokes it, thus making it a coroutine.

The Kernel and Kernel API

The kernel is responsible for creating and scheduling strands, much like the operating system kernel does for threads.

The kernel and strands are manipulated using the kernel API, which is a set of standard operations defined in the Recoil API and accessible using the Recoil facade.

There are multiple kernel implementations available. This repository contains a stand-alone implementation based on stream_select(). The recoil/react package provides a kernel based on the ReactPHP event-loop.

The following examples illustrate the basic usage of coroutines and the kernel API. Additional examples are available in the examples folder.

References to Recoil and ReactKernel refer to the Recoil facade, and the React kernel implementation, respectively.

The following example shows the simplest way to execute a generator as a coroutine.

ReactKernel::start() is a convenience method that instantiates the React-based kernel and executes the given coroutine in a new strand. Yielding null (via yield with no explicit value) allows PHP to parse the function as a generator, and allows the kernel to process other strands, though there are none in this example.

Calling one coroutine from another

A coroutine can be invoked by simply yielding it, as described in the section on coroutines above. You can also use the yield from syntax, which may perform better but only works with generators, whereas yield works with any dispatchable value.

Returning a value from a coroutine

To return a value from a coroutine, simply use the return keyword as you would in a normal function.

One of the major syntactic advantages of coroutines over callbacks is that errors can be reported using familiar exception handling techniques. The throw keyword can be used in in a coroutine just as it can in a regular function.

Promise A lightweight implementation of CommonJS Promises/A for PHP. The master branch contains the code for the upcoming 3.0 release. For the code of

True coroutines for PHP>=8.1 without worrying about event loops and callbacks.

True coroutines for PHP>=8.1 without worrying about event loops and callbacks. 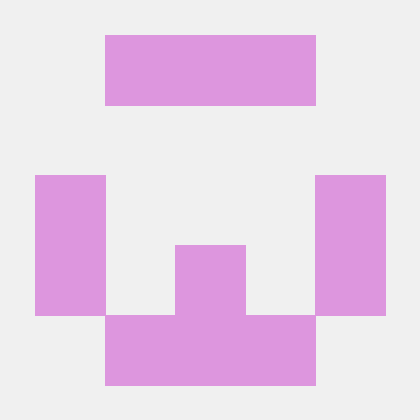 Workerman What is it Workerman is an asynchronous event-driven PHP framework with high performance to build fast and scalable network applications. Wo

Workerman What is it Workerman is an asynchronous event-driven PHP framework with high performance to build fast and scalable network applications. Wo

True asynchronous PHP I/O and HTTP without frameworks, extensions, or annoying code. Uses the accepted Fibers RFC to be implemented into PHP 8.1

Icicle is now deprecated in favor of Amp v2.0. This version is is currently under development, but close to release. The v2.0 branches are amp_v2 in a

Kraken PHP Framework ~ Release the Kraken! Note: This repository contains the core of the Kraken Framework. If you want to start developing new applic

phpDaemon https://github.com/kakserpom/phpdaemon Asynchronous framework in PHP. It has a huge number of features. Designed for highload. Each worker i

🐺 Asynchronous Task Queue Based on Distributed Message Passing for PHP.

?? Asynchronous Task Queue Based on Distributed Message Passing for PHP.

A minimalistic implementation of asynchronous SQL for PHP.

libSQL A minimalistic implementation of asynchronous SQL for PHP. Installation via DEVirion Install the DEVirion plugin and start your server. This wi

An asynchronous ClamAV wrapper written in PHP with amphp/socket

Artax is an asynchronous HTTP client for PHP based on Amp

Artax is an asynchronous HTTP client for PHP based on Amp. Its API simplifies standards-compliant HTTP resource traversal and RESTful web service consumption without obscuring the underlying protocol. The library manually implements HTTP over TCP sockets; as such it has no dependency on ext/curl.

pipeline Asynchronous iterators and operators. Installation This package can be installed as a Composer dependency. composer require amphp/pipeline Ve