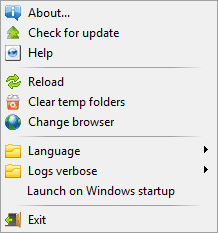 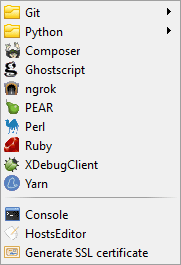 It also offers several versions of the various modules for download on the official website and many other features.

For those who wish to contribute, have an issue or questions, read the Documentation.

Want to contribute? Awesome! The most basic way to show your support is to star the project, or to raise issues. If you want to open a pull request, please read the contributing guidelines.

You can also support this project by becoming a sponsor on GitHub or by making a Paypal donation to ensure this journey continues indefinitely!

Thanks again for your support, it is much appreciated!

Software to automate the management and configuration of any infrastructure or application at scale. Get access to the Salt software package repository here:

Stacker - The environment for local web development, ready for use.

Introduction English 简体中文 Why stacker? Stacker - This is a local environment for web development with everything you need. What is its benefit? You do

Ansible is a radically simple IT automation platform that makes your applications and systems easier to deploy and maintain. Automate everything from code deployment to network configuration to cloud management, in a language that approaches plain English, using SSH, with no agents to install on remote systems. https://docs.ansible.com.

A development tool for all your projects that is fast, easy, powerful and liberating

Lando A Liberating Dev Tool For All Your Projects The local development and DevOps tool trusted by professional developers across the galaxy. Free you

Vagrant is a tool for building and distributing development environments.

ServD ServD is a Docker PHP development environment heavily inspired by Laravel Valet and Laradock, it supports multiple projects within a working dir

Full PHP development environment based on Docker. Use Docker First - Learn About It Later! Join Us Awesome People Laradock is an MIT-licensed open sou

Introduction Valet+ is a development environment for macOS. No Vagrant, no Docker, no /etc/hosts file. Go here for the valet+ documentation. Credits T

ddev ddev is an open source tool that makes it simple to get local PHP development environments up and running in minutes. It's powerful and flexible

Introduction Valet WSL is an advanced development environment for Windows Subsystem for Linux. No Vagrant, no hosts file manual management. You can ev

Quickly deploy a seedbox with self-hosted services and a web portal using Docker and docker-compose.

Seedbox Quickly deploy and configure a seedbox with self-hosted services and a web portal using Docker and a single docker-compose.yml file. Screensho

Protobox Protobox is a layer on top of vagrant and a web GUI to setup virtual machines for web development. A single YAML document controls everything 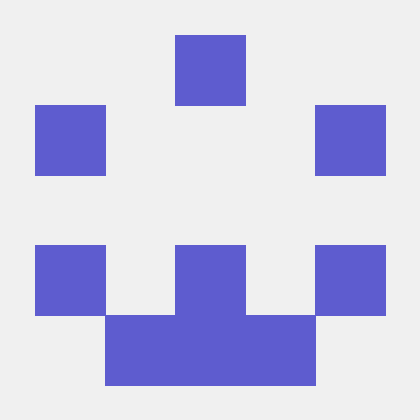 clue/commander Finally a sane way to register available commands and arguments and match your command line in PHP. You want to build a command line in

Monitor for any changes in your php application and automatically restart it (suitable for async apps).

PHP-watcher PHP-watcher helps develop long-running PHP applications by automatically restarting them when file changes in the directory are detected.

Demo of how you can run your Laravel app with Docker Compose. Look at docker-compose.yml and the docker folder. The rest is just a clean Laravel + Horizon install.