Resque is a Redis-backed library for creating background jobs, placing those jobs on one or more queues, and processing them later.

Resque was pioneered and is developed by the fine folks at GitHub (yes, I am a kiss-ass), and written in Ruby. What you're seeing here is an almost direct port of the Resque worker and enqueue system to PHP.

For further information, see the launch post on the GitHub blog: http://github.com/blog/542-introducing-resque

The PHP port does NOT include its own web interface for viewing queue stats, as the data is stored in the exact same expected format as the Ruby version of Resque.

The PHP port provides much the same features as the Ruby version:

The easiest way to work with php-resque is when it's installed as a Composer package inside your project. Composer isn't strictly required, but makes life a lot easier.

If you're not familiar with Composer, please see http://getcomposer.org/.

Jobs are queued as follows:

Each job should be in its own class, and include a perform method.

When the job is run, the class will be instantiated and any arguments will be set as an array on the instantiated object, and are accessible via $this->args.

Any exception thrown by a job will result in the job failing - be careful here and make sure you handle the exceptions that shouldn't result in a job failing.

This method can be used to conveniently remove a job from a queue.

If no jobs are given, this method will dequeue all jobs matching the provided queue.

php-resque has the ability to perform basic status tracking of a queued job. The status information will allow you to check if a job is in the queue, is currently being run, has finished, or has failed.

To track the status of a job, pass true as the fourth argument to Resque::enqueue. A token used for tracking the job status will be returned:

To fetch the status of a job:

Job statuses are defined as constants in the Resque_Job_Status class. Valid statuses include:

Statuses are available for up to 24 hours after a job has completed or failed, and are then automatically expired. A status can also forcefully be expired by calling the stop() method on a status class.

Workers work in the exact same way as the Ruby workers. For complete documentation on workers, see the original documentation.

A basic "up-and-running" bin/resque file is included that sets up a running worker environment. (vendor/bin/resque when installed via Composer)

The exception to the similarities with the Ruby version of resque is how a worker is initially setup. To work under all environments, not having a single environment such as with Ruby, the PHP port makes no assumptions about your setup.

To start a worker, it's very similar to the Ruby version:

It's your responsibility to tell the worker which file to include to get your application underway. You do so by setting the APP_INCLUDE environment variable:

Pro tip: Using Composer? More than likely, you don't need to worry about APP_INCLUDE, because hopefully Composer is responsible for autoloading your application too!

Getting your application underway also includes telling the worker your job classes, by means of either an autoloader or including them.

Alternately, you can always include('bin/resque') from your application and skip setting APP_INCLUDE altogether. Just be sure the various environment variables are set (setenv) before you do.

As per the original example:

The file_serve queue will always be checked for new jobs on each iteration before the warm_cache queue is checked.

All queues are supported in the same manner and processed in alphabetical order:

Multiple workers can be launched simultaneously by supplying the COUNT environment variable:

Be aware, however, that each worker is its own fork, and the original process will shut down as soon as it has spawned COUNT forks. If you need to keep track of your workers using an external application such as monit, you'll need to work around this limitation.

When you have multiple apps using the same Redis database it is better to use a custom prefix to separate the Resque data:

Similarly to the Ruby versions, supported platforms will immediately fork after picking up a job. The forked child will exit as soon as the job finishes.

The difference with php-resque is that if a forked child does not exit nicely (PHP error or such), php-resque will automatically fail the job.

Signals also work on supported platforms exactly as in the Ruby version of Resque:

The Ruby version of Resque has a nifty feature whereby the process title of the worker is updated to indicate what the worker is doing, and any forked children also set their process title with the job being run. This helps identify running processes on the server and their resque status.

PHP does not have this functionality by default until 5.5.

A PECL module (http://pecl.php.net/package/proctitle) exists that adds this functionality to PHP before 5.5, so if you'd like process titles updated, install the PECL module as well. php-resque will automatically detect and use it.

php-resque has a basic event system that can be used by your application to customize how some of the php-resque internals behave.

You listen in on events (as listed below) by registering with Resque_Event and supplying a callback that you would like triggered when the event is raised:

[callback] may be anything in PHP that is callable by call_user_func_array:

Events may pass arguments (documented below), so your callback should accept these arguments.

You can stop listening to an event by calling Resque_Event::stopListening with the same arguments supplied to Resque_Event::listen.

It is up to your application to register event listeners. When enqueuing events in your application, it should be as easy as making sure php-resque is loaded and calling Resque_Event::listen.

When running workers, if you run workers via the default bin/resque script, your APP_INCLUDE script should initialize and register any listeners required for operation. If you have rolled your own worker manager, then it is again your responsibility to register listeners.

A sample plugin is included in the extras directory.

Called once, as a worker initializes. Argument passed is the instance of Resque_Worker that was just initialized.

Called before php-resque forks to run a job. Argument passed contains the instance of Resque_Job for the job about to be run.

beforeFork is triggered in the parent process. Any changes made will be permanent for as long as the worker lives.

Called after php-resque forks to run a job (but before the job is run). Argument passed contains the instance of Resque_Job for the job about to be run.

afterFork is triggered in the child process after forking out to complete a job. Any changes made will only live as long as the job is being processed.

Called before the setUp and perform methods on a job are run. Argument passed contains the instance of Resque_Job for the job about to be run.

You can prevent execution of the job by throwing an exception of Resque_Job_DontPerform. Any other exceptions thrown will be treated as if they were thrown in a job, causing the job to fail.

Called after the perform and tearDown methods on a job are run. Argument passed contains the instance of Resque_Job that was just run.

Any exceptions thrown will be treated as if they were thrown in a job, causing the job to be marked as having failed.

Called whenever a job fails. Arguments passed (in this order) include:

Called immediately before a job is enqueued using the Resque::enqueue method. Arguments passed (in this order) include:

You can prevent enqueing of the job by throwing an exception of Resque_Job_DontCreate.

Called after a job has been queued using the Resque::enqueue method. Arguments passed (in this order) include:

For a more in-depth look at what php-resque does under the hood (without needing to directly examine the code), have a look at HOWITWORKS.md.

xcron is the souped up, modernized cron/Task Scheduler for Windows, Mac OSX, Linux, and FreeBSD server and desktop operating systems. MIT or LGPL.

A versatile and lightweight PHP task runner, designed with simplicity in mind.

Jobby, a PHP cron job manager Install the master jobby cron job, and it will manage all your offline tasks. Add jobs without modifying crontab. Jobby

Manage your Laravel Task Scheduling in a friendly interface and save schedules to the database.

Documentation This librarian creates a route(default: /schedule) in your application where it is possible to manage which schedules will be executed a

A course database lookup tool and schedule building web application for use at Rochester Institute of Technology.

task/task Got a PHP project? Heard of Grunt and Gulp but don't use NodeJS? Task is a pure PHP task runner. Leverage PHP as a scripting language, and a 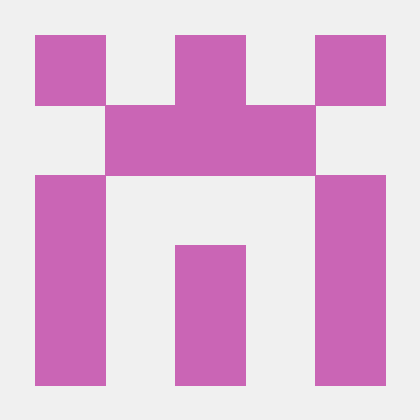 🐺 Asynchronous Task Queue Based on Distributed Message Passing for PHP.

?? Asynchronous Task Queue Based on Distributed Message Passing for PHP.

A PHP implementation of a bare task loop.

Crunz Install a cron job once and for all, manage the rest from the code. Crunz is a framework-agnostic package to schedule periodic tasks (cron jobs)

Crunz Install a cron job once and for all, manage the rest from the code. Crunz is a framework-agnostic package to schedule periodic tasks (cron jobs) 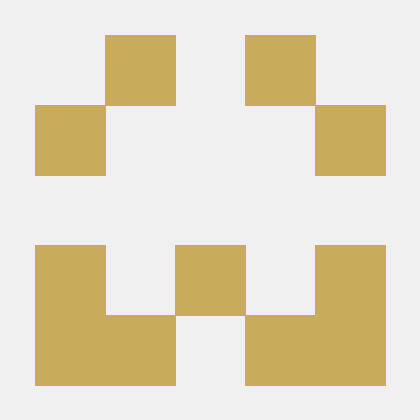 Track the memory usage of your workers and display them in Filament.

Filament Memory Tracker Track the memory usage of your workers and display them in Filament. Installation Install the package via composer: composer r

Running Gearman workers can be a tedious task. Many many files with the same lines of code over and over for creating a worker, connecting to a server, adding functions to the worker, etc. etc. The aim of GearmanManager is to make running workers more of an operational task and less of a development task.

sourceability/instrumentation This library provides a simple interface to start and stop instrumenting code with APMs. Symfony commands and messenger

A redacted PHP port of Underscore.js with additional functions and goodies – Available for Composer and Laravel